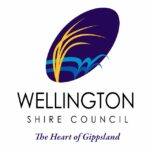 It is Victoria’s third largest municipality, covering an area of 10,924 square kilometres and is home to 42,986 residents (2016 census) spread across more than 30 different communities.

The Wellington Shire comprises a three ward structure (Northern, Central and Coastal), which is represented by 9 councillors (3 representing each ward). Wellington Shire has a full time equivalent workforce of 276.48 people (as at 30 June 2017) comprising full time, part time, casual and trainee/apprentice staff.

Wellington Shire is ideally placed for enjoying all that Gippsland has to offer, whether as a resident, visitor or tourist. It extends from the Great Dividing Range and Victoria’s High Country, through rich irrigated flats and some of the most productive grazing land in Australia to the internationally significant Gippsland Lakes and Wetlands and the Ninety Mile Beach and Bass Strait.

Linked to Sydney and Melbourne by the Princes Highway, it also boasts direct links to Canberra and the eastern seaboard of New South Wales.